It is my opinion that last week the European Central Bank was quite active in the Foreign exchange markets defending the Euro and preventing the breakdown below the 1.29 level. Watching the price action, and this is from the perspective of a long time trader, there was no fundamental reason I could see for the Euro to experience intraday rallies of the magnitude that it was seeing, based on the deteriorating conditions surrounding Cyprus. It was if some magic hand was pushing it back up and away from the 1.29 level on any approaches there with enough force to take it all the way through 1.30 and then some.

Today, based on the earlier comments of the Dutch Finance Minister, that support zone collapsed on very large volume. I have no doubt whatsoever that it was this event that set Mr. Dijsselboem scurrying back to the microphones to disavow what he so arrogantly announced previously during the trading session, to wit - that the arrangement made with Cyprus would henceforth serve as a "template" for dealing with problem banks in problem Eurozone nations. 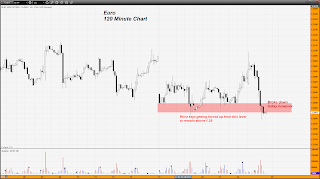 While he may backtrack and attempt to spin those earlier comments, which were quite clear I might add, the damage has been done as the proverbial cat is now out of the bag. Regardless of the subterfuge and deceitful backpedaling, it is now abundantly clear that the monetary officials in the Eurozone regard taxpayer deposits as, in actuality, belonging to the state.

As usual, we are now witnessing the resort to the typical left leaning claptrap about "only the wealthy" being forced to contribute to the savings of the banks but that begs the question that any sane individual would be asking under such conditions, "Why the hell should I as a depositor be the least bit concerned about the safety of my life's savings in any bank?" After all, that defeats the entire reason for depositing money in a bank in the first place. If the banks cannot be trusted, and if the government officials are all to willing to raid, confiscate, steal, the money of the depositors in order to bail out the unholy nexus between the banks and the government, how in the world can that inspire the least bit of confidence in the banking sector anywhere in the Eurozone that similar issues exist?

What we are witnessing is the rotten stench of decaying balance sheets brought on by years and years of overspending. As long as there were enough banks willing to buy that government debt, the party and the recklessness could go on. However, Mr. Market has a way of eventually bringing reality home to even the most obtuse of individuals and that is precisely what has now happened.

Quite simply - who in their right mind would be willing to buy the bonds of these troubled nations? And more precisely, whither goest Cyprus at this point? It's economy is a wreck and in my view will continue to be so into the foreseeable future. It's economy was based primarily on banking and tourism. At this point, who would want to travel there other than those wanting a bird's eye view of the trainwreck and as for banking.... that goes without saying.

While gold is certainly being capped above the $1610 level, it is continuing to attract dip buyers on trips down towards support at $1585. It ran down there earlier today only to encounter sufficient buying to propel it back above the $1600 level. Clearly that in itself, while not an outright victory for the bulls, is a defeat for the bears who no doubt were shocked by the severity of the buying pressure that came into the market.

Bulls still need to clear $1620 to force some of these shorts out of the market. It might be tough to do that as long as the capping operation is ongoing but my guess is that it will take a tremendous amount of physical gold sales to continuing holding the price down. 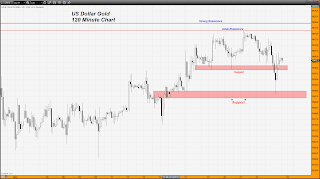 As usual, the gold shares once again were of no help to the actual metal. I read a report today somewhere that stated if gold were to fall as low as $1,000, many of the entities involved in gold mining today would no longer be viable. The way some of these shares are acting, they already no longer look viable, truth be told.
It should be noted that the party in the global equity markets, brought on my near endless conjuring of "money" into existence by the Central Banks primarily of the West, has been handed a citation by the police and told to tone it down as the neighbors are complaining of the noise. Obviously this is a no-no to the best laid plans of mice and men, those being the monetary officials who I would lump under the category more of mice than men, since I consider them despicable Cretans and parasites. That means all the stops must be pulled out to keep Cyprus afloat and assuage any rising concerns among the investor class.
The entire thing boils down to keeping this ephemeral confidence from waning one iota. It is all about illusions, perceptions and subterfuge.
Posted by Trader Dan at 4:32 PM 16 comments:

Reuters is reporting this morning comments from the Dutch Finance Minister, Jeroen Dijsselbloem, who by the way heads up the group of European Finance Ministers, to the effect that the "solution" in Cypress is a "new template" to address future banking problems in the Euro area.

I want you readers, particularly those of you in the Eurozone,  to wrap your heads around this and consider the brazen audacity displayed by these people. What he is saying is that bank savings deposits no longer effectively belong to you the savers. They belong to the state and the state will confiscate them whenever it is deemed to be in that state's best interests.

If this does not send shock waves throughout the system and instill fear in individuals throughout the Eurozone, then there is no hope for any such people. Normal, rational, sane, thinking individuals will immediately recognize this for what it is; a complete reversal of the traditional role of banking in which banks makes loans to depositors and other individuals. Now, depositors are in effect making loans to banks. Yet even that is not an apt comparison for in the case of a loan, one usually expects to receive back the amount loaned plus interest. In this case, the depositors are having their money forcibly extracted from them with no hope of ever seeing it again and having that money used to bail out the banks instead! I never believed I would EVER witness this in my life and yet here it is. What is even worse is the blasé attitude displayed by the monetary authorities. Just who in the hell do these people think that they are?

These pestilential parasites, who sit in ivory towers and can glibly utter such rapacious comments, are literally undermining the entire banking system in their shortsighted idiocy.

Do these fools really believe that those citizens who have money in Eurozone banks, particularly high net worth individuals, are going to merely sit by and calmly observe this situation and do absolutely nothing? I cannot think of a better way to start a run on the banks. If individuals believe that the state now believes it has the right to raid their hard earned wealth at any time why would they feel the least bit secure about putting that wealth in harm's way?

As far as the price action in both gold and in the euro goes, Gold was down rather sharply early in the session as the safe havens were thrown out once a "deal" was announced. The Euro was down but not by much considering the backdrop. Once those Dutch official's comments hit the wires, the bottom fell out of the Euro and gold began working off its lows.

Gold in Euro terms shot sharply higher and is up nearly 1% as I type these comments. If it can push past the 1250 euro mark, it looks like it has room to make a run to 1280.

I am still thunderstruck as I contemplate those comments uttered by Mr. Bloem. This is like something out of fictional novel and yet it is happening right before our eyes. 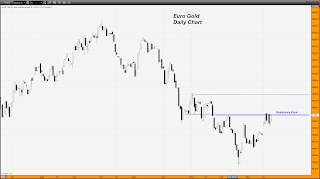